For decades the citizens of this country have been ripped off by the big pharmaceutical companies and their intermediary distributors. I’ve written about this previously (What’s Wrong With The U.S Health Care System?), but now with the stroke of a pen and by executive order President Trump has finally been able to do what preceding presidents and congresses have never been able to achieve. There will now be a system whereby the cost of drugs for citizens of the U.S. will be on a parity with other countries. This a great day for all of us whether Republican or Democrat.  Let’s see how his works. Here are a few of the key points.

This plan may not solve all of the problems regard the high cost of pharmaceuticals in the U.S., but it is certainly a step in the right direction.  This is a step which previous presidents and congresses should have taken decades ago.  No longer will U.S. citizens be the only ones paying for the innovative research which the pharmaceutical companies often use as an excuse for the exorbitant costs of their products. 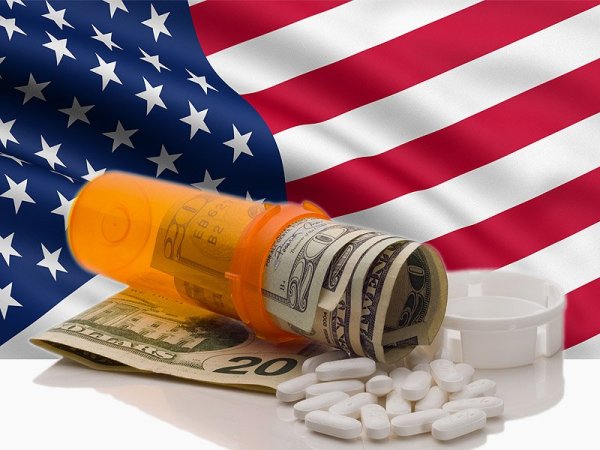 I am writing this series of articles as a commentary on some of the basic problems in United States health care delivery as I see things today based on my experience as a practicing physician for over 40 years. I realize that the problems with the health care system in this country are numerous and extremely complex, but in order to solve them I think we need to ask some basic questions about how health care is delivered and financed. I don’t pretend to have all the answers, but I think it is time for some fundamental changes in the concepts about how health care is delivered. We are in need of a paradigm shift in our thinking as it relates to health insurance coverage, pharmaceutical pricing, physician/patient interaction, malpractice insurance, and many other aspects of medical care as it is provided to the public at this time. To continue to try to “fix the system” as we are now doing by creating more complex insurance coverage plans is ultimately doomed to failure.  When a system is broken beyond repair sometimes you need to start from scratch. I think the country is finally at that point when it comes to health care.

Why Are Prescription Drugs So Expensive in This Country?

The pharmaceutical companies often justify the excessive costs that are passed on to the consumer as being necessary because of the expenses entailed in the research and development of new drugs. However, there are many drugs that come to market as really what I call “me too” drugs. These are simply drugs that are fundamentally the same as drugs already in production that have been proven to be effective. For example, there are numerous drugs for COPD, asthma, cholesterol, hypertension and other illnesses that are really quite similar to each other. In actuality there is often very little difference in terms of the mechanism of action or effectiveness of  many of the drugs that are used to treat these disorders when the data concerning them is carefully scrutinized. Yet millions of dollars are spent by the pharmaceutical companies to bring these “me too” drugs to market. Why is this so? The reason is simple. The market for illnesses such as those I have listed above is huge. So a “new drug” coming to market for these illnesses is likely to generate a great deal of revenue for the pharmaceutical manufacturers. Consequently, once this new drug gets approved by the Federal Drug Administration millions of dollars are next spent on marketing by the pharmaceutical company that developed it to get a larger piece of the pie. From the pharmaceutical companies’ point of view this makes excellent sense because it generates more revenue, and the pharmaceutical companies often justify these enormous profits because they claim the money is needed for further “reasearch and development.”  However, from the consumers’ point of view, particularly the U.S. consumer, it is still an outrage.  The same drugs that we use here in the U.S. are sold at a fraction of the cost elsewhere in the world. We in the U.S. are providing the bulk of the money that goes for “research and development” by the pharmaceutical companies. Furthermore, only a portion of that money actually goes toward the development of truly new and innovative drugs because that is a much more risky undertaking. Why risk millions of dollars on the development of really new innovative drugs when you have a sure bet on a “new drug” that is nothing more than a modification of an old drug, and all you have to do is market it effectively in order to make more money? This is not to say that truly innovative, wonderful new drugs do not come down the pike once in a while and that the development of these drugs is not costly, but a lot of the research and development money seems to be plugged into the creation of “new” products that are really variations of preexisting drugs. Even with the creation of really new drugs, which in many instances may be lifesaving and may profoundly improve quality of life, the profit margins appear to be enormous with the U.S. consumer providing the bulk of these profits.